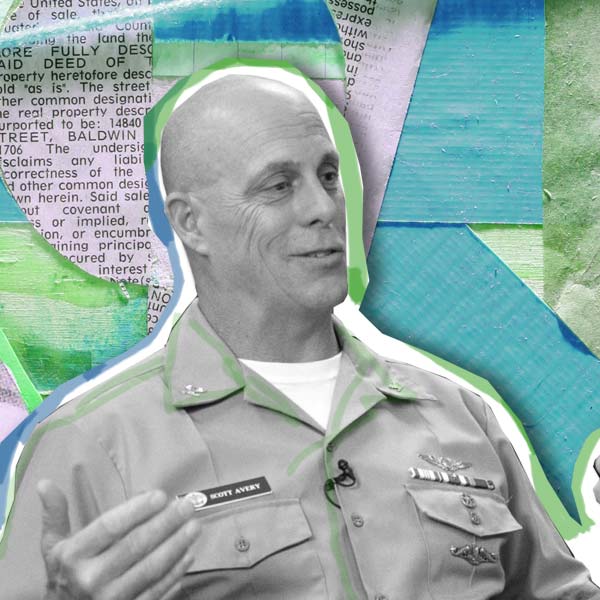 “Always find a challenge and go seek it. The challenge is the rush...whether I succeed or fail, I will be a better person for having done it.”

My road in life took a while to figure out.
Grew up in Northern California.
After graduating high school, he admits he lacked direction.
He attended community college for a brief time, managed a pizzeria, and even moved to San Francisco and started a limo company that ultimately failed.
When he was 20, he moved back home and decided to enlist in the U.S. Navy with the goal of using that as a means of getting into college.
Got a commission where he was paid to attend college while still enlisted in the Navy.
Attended Old Dominion University, where he earned his degree in criminal justice.
He has served in the U.S. Navy for almost 30 years and is currently a Captain in the Navy Warfare Development Command.
He is currently pursuing his master’s degree in executive leadership from Liberty University.
Keep following my journey

I am the military lead of operational level warfare analysis for the U.S. Navy.

Being in the military, you have to know how to be apart of a team and work well with others. Be willing to accept failure and successes as a group, not as an individual.

Prepare early and take advantage of any and all resources that will benefit you in the long term. Always network. Try and meet people from all walks of life because those connections will always work for you.

"Why are you so negative? Why don't you look at the positive side?"

I've always struggled with being a bit pessimistic and consider myself to be a realist. My biggest challenge has always been overcoming my own doubts and getting out of my own way. I consciously try to focus on positive things around me and not let the negativity get me down.

Being an officer in the military is difficult because you deal with a wide variety of people. It's a job that comes with a lot of authority and responsibility. It's challenging to have to adapt your style of leadership to different people.

My parents were perfectionists and I had the pressure of living up to that in school. Managing my time while balancing family life and my career in the Navy was a challenge, but I made it my job to do well. It forced me to become very organized.

I'm currently facing this as a hurdle. I am going to be retiring from the Navy in a few years and I'm going to have to find another job for the first time in my life. Facing the unknown is always a challenge.