“I want to do something that’s way out there, and take a chance, take a risk. As a veteran, I can lean back on the the skills I have—I can also go out and take a risk, fail, and be okay.”

My road in life has been direct.
Her father is a biochemist and she always had that itch for inventing and designing; says that the scientific method is in her roots.
When she was in high school, she had a physics professor that was a test pilot in the Navy; his motivation drove her to explore options in the military.
She joined the U.S. Air Force Academy after high school, majoring in aeronautical engineering.
Now, 25 years later, she holds a Ph.D. in aeronautical engineering from the Air Force Institute of Technology.
She was part of the team that founded Aerial Autonomy, a company that develops guidance systems to help unmanned aerial vehicles (or drones) fly more safely.
The company was selected to join Venture Hive’s 2016 Accelerator, which provides grants and classes to promising new businesses.
Says that entrepreneurship is completely different from military service; the order and strict guidelines of working for the government have been replaced with creative freedoms and risks.
However, taking those risks is a big part of why she loves her job; says that the military gave her skills she’ll always be able to fall back on, and that has helped her welcome risk into her life.
Keep following my journey

I develop autopilot software for aerial vehicles to safely and autonomously perform inspection and monitoring services. 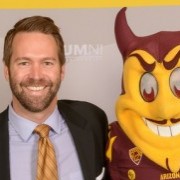