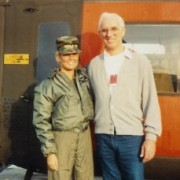 My road in life took a while to figure out.
I had a an amazing family and always had a strong support system in my family.
After high school, I chose to venture out on my own, I soon realized I needed to choose my path.
I wanted to be an electrician, I met an Army recruiter at a diner...fate then led me to the military.
2 weeks before graduating from flight school, I almost dropped out, my Dad's encouragement...
...saying, "Anne, you never quit anything, and you're not quitting now." I made it through.
My dad died 11 years ago, but before he passed, he told me, "You're livin' life; you keep living."
After service, I worked for Microsoft before entering the nonprofit sphere and starting RP/6.
We partnered with the USO to launch RP/6 into a national organization, which is incredibly exciting.
Keep following my journey

We engage local communities and businesses to rally around returning veterans and their families.

The RP/6 mission is all about continued service, the team inspires me everyday as I watch them positively changing peoples' paths forward after military service. We are impacting and shaping the future for people who have selflessly served our country to ensure the freedoms of all Americans. Serving with the team, ensuring the maximum potential is reached for each service member, veteran and military family member one person at a time is an amazing experience to be a part of every day.

The mission of service requires humility, empathy, objectivity and the ability to problem solve without prejudice for the person or situation you are serving. I encourage anyone who is seeking a new path to begin with the end in mind and along the journey to reaching their goals to continually challenge themselves, remain self aware of your decisions and how they impact your path, and remember that others are relying on you to remain steadfast in your commitment to serving the mission.

The most important first step is to realize what your passion, personal and professional goals are and ask yourself the question, do they align with your new career path? Do you have the education or certification to be successful in your new career path? Find a mentor and seek their advice, listen and learn from their experience. Develop a plan that is realistic, challenge yourself in each milestone met and most importantly remain true to yourself; hard work, tenacity and focus will pay off.

"People said; 'you don't belong here, you are a woman in a man's world' During transition, I was offered a job at a major company in Seattle, I met with the hiring manager who offered the position and he said, "you don't have a degree, so I can't hire you."

My biggest opponent has been ignorance. As a young soldier in the military, I learned I cannot change who people are, I cannot carry their ignorance in my rucksack....however if I focus on what is important, make decisions that are in the best interest of those I serve regardless if they are "popular", work hard, disregard "noise" (distractions from the mission), and always put mission and people first, ignorance will never win. Strive to be the best without compromising your own integrity.

I did not have the finances to go to college, I enlisted in the military and gained the best opportunities and experiences, which cannot be taught in a classroom or paid for monetarily. I paid for my education with time, hard work, tenacity & faith.

My education spanned 24 years of military service, rated in 3 helicopters, leading teams, missions and strategies in diverse situations. I was able to apply this education to founding an organization that is leading others to successful transitions 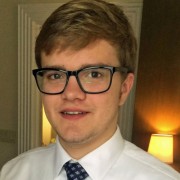 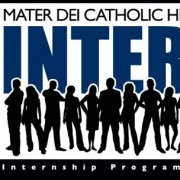 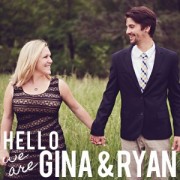 Caren Joy DicksonOwnerCJ's Off the Square