My road in life took a while to figure out.
Born and raised in Eastside Los Angeles, California, in a predominantly Latino community.
Attended UCLA, where he received his degrees in political science and business economics.
Growing up, his goal was to join the FBI or get involved in some sort of federal law enforcement.
Took LSAT classes and did an internship at the U.S. Department of Justice in Washington, D.C., in order to prepare for law school, but he quickly realized that it was not the right path for him.
Inspired by his college roommate, who was a great cook, he decided to take a year off from the law school track and enrolled in classes at the California School of Culinary Arts.
He started his culinary career by working at the Peninsula Beverly Hills and eventually went on to work with famed chef Douglas Keane of Cyrus.
In 2009, he got the opportunity to become the chef at FIG in Santa Monica, where he earned a StarChefs Rising Stars Award.
In 2015, he decided to open his own restaurant, Broken Spanish, in Los Angeles, specializing in Mexican-American cuisine inspired by his upbringing—he was named Chef of the Year by Esquire magazine.
Keep following my journey

I am the chef and owner of Broken Spanish restaurant in Los Angeles, CA.

I spend my day cooking and overseeing my kitchen staff to ensure we deliver the best products to our customers. I also do a lot of tasting and experimenting with new flavors for our menu.

Opening a restaurant is always going to be a challenge. Don't dwell or rely on too many people's advice. You will know what is right for you and you will figure it all out. There are very few mistakes that you have to commit to forever, so take chances and be open to opportunities.

"I'll just do this for the time being and then go back to law school."

When I went to culinary school and started working in kitchens, it was something that I thought was only going to be temporary. I never believed that it could actually turn into a career. I thought I would eventually go back to law school. I never did and here I am still cooking over 20 years later.

I went to school with the intention of getting a law degree and joining the FBI, but I eventually realized this wasn't the path for me. I ended up going to culinary school instead. 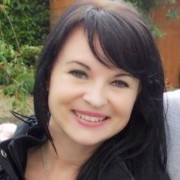