“Not everyone’s going to be pulling for you, whether you’re an undocumented immigrant, or a blonde kid from Kentucky whose parents never went to college. It’s all just one day at a time.”

My road in life has been direct.
He grew up in Bowling Green, Kentucky; no one in his family had gone to college, but he received a scholarship to Washington and Lee University.
Since he hadn’t expected to go to college, he felt like a fish out of water when he arrived.
He asked his counselor if he could join the architecture major and was told that there was no such program at Washington and Lee; instead, he was pointed down the pre-med path.
After finishing medical school, he moved to Nashville and opened a urology practice, where he worked for over 40 years.
He retired in 2013; shortly thereafter, he learned that the daughter of one of his dear friends would likely be unable to attend college because she was an undocumented immigrant.
After crunching the numbers, he realized that the economic benefit of sending undocumented immigrants to college far outweighed the economic implications of deporting them.
When he looked around for organizations that were helping to send these students to college, he found nothing and no one, so he decided to start his own nonprofit.
That organization—Equal Chance for Education—has now provided college scholarships to 93 students.
Keep following my journey

I lead a non-profit organization that helps undocumented students be able to afford to go to college. 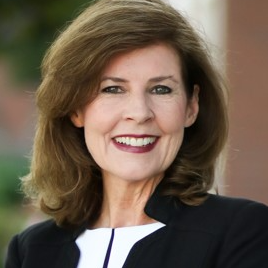