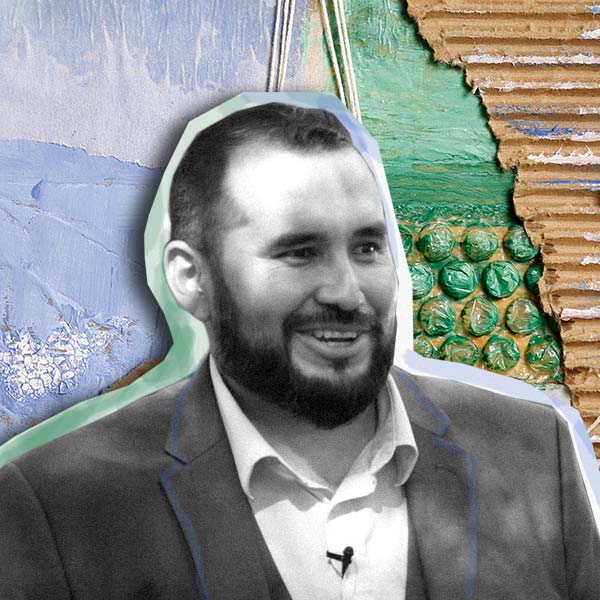 “Just because you are from somewhere doesn’t mean that you have to be one of those statistics. Don’t assimilate, be who you want to be.”

My road in life took a while to figure out.
Both of my parents are immigrants from Mexico—they met while working as migrant farmworkers in California and I grew up living in one of these migrant farm labor camps.
My mother won a lawsuit against the owner of the migrant camp due to the unfit living conditions and our family was able to move to a rural area of Santa Cruz, California.
In high school, I became active in protest movements and advocating for various causes, which was my first introduction to social justice and making a difference.
I started attending Cabrillo College, but had to drop out when my parents lost their jobs so that I could help support them.
Got my certification in computer repair and simultaneously started working as a student services coordinator—by the time I was 21, I had become the director of two computer training schools.
Moved to Florida for a few years and worked as a career coach and job placement specialist for a welfare transition organization.
After moving back to Santa Cruz, I started getting more involved in community development and even helped start a human services campaign in the neighborhood I grew up in.
I am now the community outreach director for the Friends of Santa Cruz State Parks.
Keep following my journey

Creatively working to ensure California State Parks and beaches are thriving and available to all.

I get to create and carry out Friends’ equity and inclusivity strategies to connect underserved community members to California State Parks. As the Community Outreach Director, my main focus is equity and accessibility for non-traditional park users. Recently, I helped create a Kids2Parks program where we pay for school field trips for Title 1 schools. I also serve in volunteer capacities including co-chairing a Youth Violence Prevention Taskforce and serve on the board for two health centers.

I was very fortunate to attend training to be a community organizer through the Industrial Area Foundation. This has helped me understand dynamics of personalities, bureaucracy and has given me the ability to navigate ambiguity.

Volunteer and connect with others. Building relationships is crucial to moving social justice issues forward or building programs with other non-profits.

The noise doesn't stop. Surround yourself with like-minded people striving to make a difference in the world like you! It was difficult saying goodbye to "friends" that would constantly bring me down or divert me from my goals. It is up to you as a person to put yourself out there. Every break I have had in life was because I volunteered. Everything is possible with God but you also need to put in work.

My family were migrant farmworkers so we didn't have a lot of money. I grew up in migrant camps and later lived in rural, low-income areas.

There was a lot of violence and gang activity in my neighborhood growing up. I got jumped a lot. In high school, I lost a lot of friends to this same violence and drug problems.

I struggled in high school, but I was determined to be the first in my family to graduate from a regular high school and go to college.