“A lot of times people will feel like, 'I really want to do this but I can't because I don't have the money.' And that can be very valid. At the same time, there are ways to plan. I've literally put spreadsheets together for a dream.”

My road in life took a while to figure out.
When he was 18, he was really getting "the itch" for nature.
Recruited his brother and a friend to go backpacking in the winter in Washington; "we did everything wrong."
On that first trip, he says, "We got really, really wet, really, really cold, really, really tired, but something woke up in us."
Started traveling the world; says they weren't just going through the motions of an adventure, they were doing what it took to survive along the way.
Got nervous about not having a "real job" so he conformed, got a job that he hated for a while.
Made a mock-up business called "Treks and Tracks" on the side for fun; suddenly, people were signing up for his hikes.
Was caught off-guard by first sign-ups, had to hand those clients off to another friend, but now he knew people were interested.
Says guiding is his new passion; says it's taught him that some fears are valid, but most can be overcome through planning.
Keep following my journey

I operate outdoor adventure experiences in six State and National Parks throughout the state of California. My day is spent teaching rock climbing instruction of all levels, rappelling, overnight backpacking, map and compass navigation and tailored corporate team building events.

A clear vision of your dreams allows you to overcome the inevitable obstacles placed on your path.

"You need to grow up and get a real job."

I got a job in a call center and hated it. I realized that being bored out of my mind doing something I hate is not growing up. I started bringing my laptop to work to pass the time and over time I ended up building a business plan for Treks and Tracks. Eventually, I decided to pursue that further until it worked out. 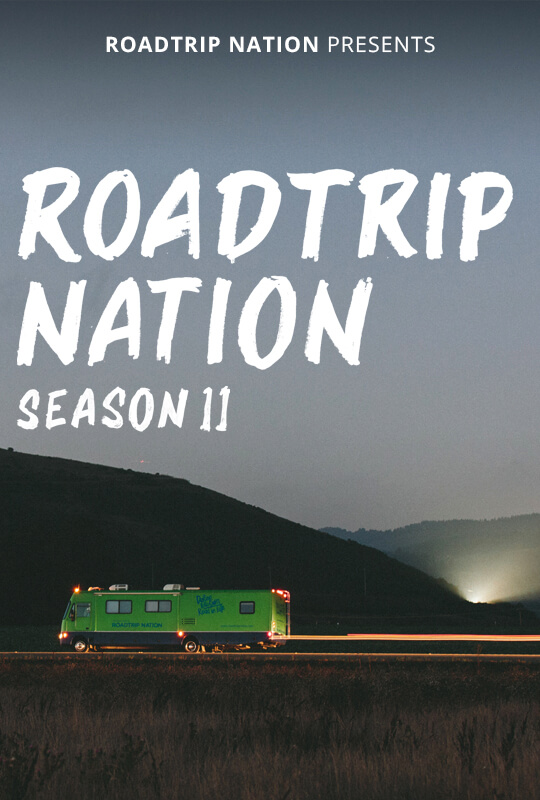 A new team of soul-seeking young adults embarks on a cross-country road trip to interview inspiring leaders about their life journeys. Starting their 8-week journey in San Francisco, the team interviews Jakob Laggner, an outdoor expedition guide who left a traditional desk job to found his own company.