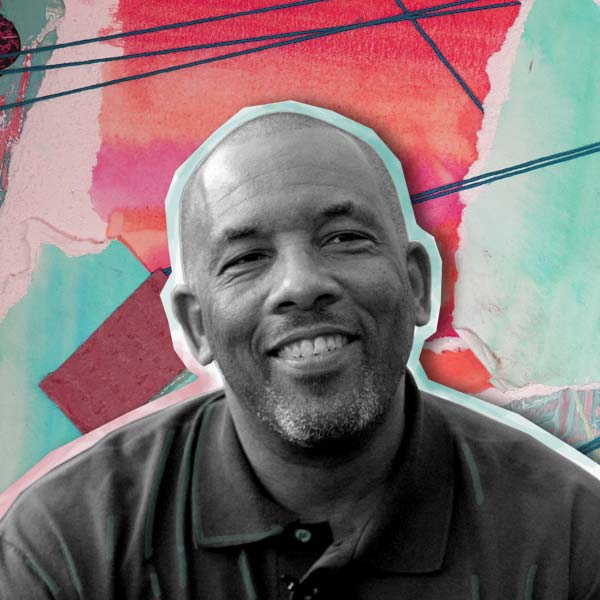 “It doesn’t matter what you are, as long as you know who you are.”

My road in life has taken me all over.
Grew up in Compton, CA—my father was killed when I was eight years old and my mother was a drug addict.
Due to my upbringing, I wasn’t a very motivated student and barely graduated high school with a “D” average.
I started out working in construction just so I could make a bit of money, but eventually I realized that if I wanted to really make it in society, I needed to get an education.
I went to community college first, then I attended California State University, Sacramento (Sac State), where I earned my bachelor’s degree in ethnic studies.
After graduating, I worked as a substitute teacher and a realtor.
I went to law school for a year, but due to family issues, I decided to drop out and attend Sac State again, where I earned my master’s degree in multicultural education.
I have now been a teacher in the Sacramento City Unified School District for over 15 years.
I also serve as the second vice president of the Sacramento City Teachers Association (SCTA).
Keep following my journey

Preparing lessons, reading and keeping up to date on the latest content on a subject and delivering the lesson. Assessing students and learning frequently.

Communication and relationship building. Listening and understanding. Watching and observing. Self-discovery, self-awareness, and self-determination are really important. Read a lot of books and take a lot of chances. I've learned that you have to just move forward and not be afraid of failure. Take time to enjoy small success and always reflect on those. Only focus on the things that you can control and not on what you can't.

Read, write, and start working with lots of young people. Volunteer in organizations where kids are and learn to deal with them. Build relationships. Go to college and take as many classes as you can in human development and behavior, psychology, sociology, and biology. Get your degree in your desired field for as cheaply as possible and find a good credential program for as cheap as possible. You might even want to look into a teacher internship program where you pay as you go.

"You are living in a fantasy world. You are young, but you will find out."

My father was assaulted on my 8th birthday and died from those injuries about a month later. My mother became a drug addict and wasn't really around that much.

I wasn't a very motivated student. I barely graduated high school with a D average. I later realized that if I wanted to make in society, I needed an education, so I started by going to community college.

I was the first person in my family to graduate from a traditional high school, let alone attend college. I didn't have any guidance.