“If you don't have a passion, find one. The world is one big puzzle, and you've gotta find where you fit into it.”

My road in life took a while to figure out.
He originally chose to get his bachelor's degree in meteorology, because he'd heard it was an occupation with a "big upside."
After three years, he realized he had no passion for meteorology; one of his friends recommended that he go into sports medicine.
The athletic training program at the University of Utah was already full, but the head trainer agreed to let Gary audit his classes.
The head trainer quickly realized that Gary was more dedicated to the program than any of his students and got him into the sports medicine program.
By a stroke of luck, the New Orleans Jazz relocated to Salt Lake City; Gary started working for them part-time while finishing his master's degree.
All the while, he was making contacts within the industry, so in 1984, when the Lakers' head training job opened up, his name was at the top of the list.
Says that by working hard, always following his heart, and never settling, he positioned himself to take fortuitous opportunities.
Believes that the key to pursuing your passion is always keeping a short-term goal, a mid-term goal, and a long-term goal.
Keep following my journey

I train the Lakers throughout the season using state-of-the-art methods in conditioning, dieting, and testing.

I'm responsible for the care, prevention and treatment of injuries to Lakers players, assuring the coaching staff that each athlete is in the best possible condition throughout the year. I conduct an initial assessment of an athlete's injury or illness in order to provide emergency or continued care and collaborate with physicians to implement rehab programs. I also develop training programs to keep the athletes in the best shape possible. Traveling is frequent.

Network and make connections that matter. Find the people that have made it and that have come from a similar situation as you and use their advice, insight, and experience to help yourself succeed. Volunteer in your free time and put yourself out there.

"Once I get to a particular point in my life, then I'll be happy. "

I had to realize that by constantly waiting for the next thing, I was never going to be truly happy. You have to be grateful for what you have and not hang your happiness on the next thing.

My parents immigrated to the US from Italy. My father worked as a laborer and even though there was food on the table and love in the house, it was tough. 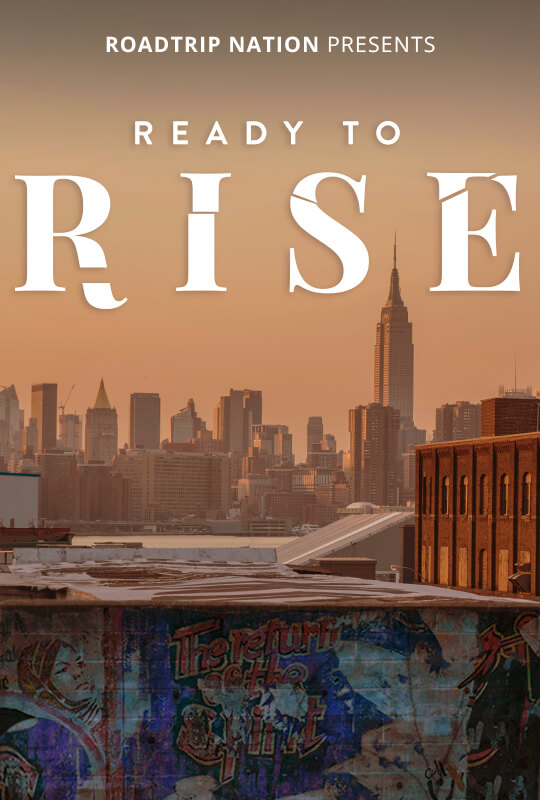