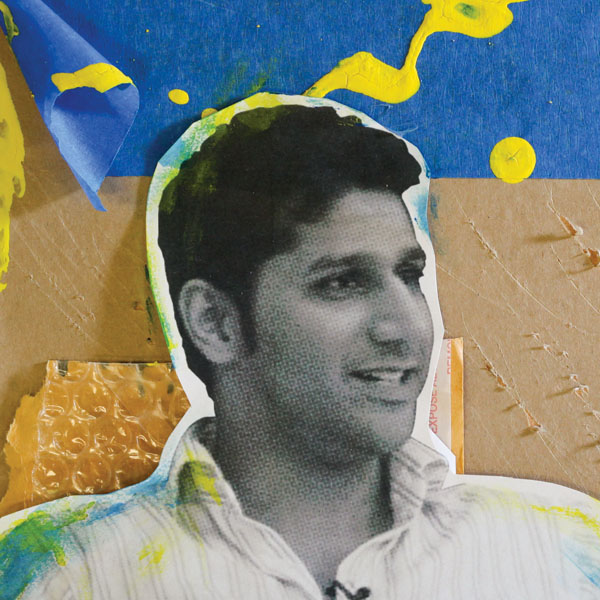 “I was thinking that it was sort of riskier for me not to do this because I thought it was interesting; I thought there was something here, and I would have felt a lot worse if I had just let this go and then found out five years later that this thing is now on the market.”

My road in life has been direct.
The movie Willy Wonka & the Chocolate Factory gave him the original inspiration for his product.
Saw a technology ("lickable wallpaper") that had at one time sounded preposterous, now seemed within reach.
Developed an edible film so consumers could try the flavor of a product before they bought it.
Says the original test strips were so bad that he felt the need to apologize to his test groups.
Got nervous about starting his own business when he saw his friends going to job interviews, getting steady work.
Had to crash on his friends' couches for some time after graduating from college.
Thinks the biggest disappointment would've been not developing his product, seeing it on the market five years later.
Says if you're running with the pack, you're actually behind-someone's at the front of the pack for a reason.
Keep following my journey

I'm an entrepreneur, with a penchant for big and different ideas.