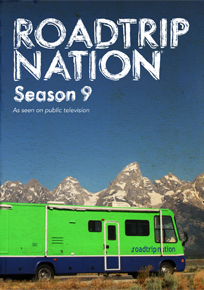 Follow the self-discovery journeys of Elliott, Brooklyn, and Nekeed, three post-grads from diverse backgrounds looking figure out their paths in life. Starting in Portland, Maine, the Roadtrippers travel across the country in Roadtrip Nation’s Green RV to interview Leaders they admire and learn the steps that they took to get to were they are today. Leaders featured include world-renowned photographer and climber Jimmy Chin; Grammy award-winning folk singer Ella Jenkins; craft beer brewer Rosemarie Certo; sculptor Bob Cassilly; an MIT researcher who builds communicative robots; and many more.